DISOBEDIENT TRIBUTES
Act 1: Remembering
This act is to remember that, in the face of the multiple forms of experiencing the organized fear and the different forms of submission that we accept, we need to reconnect with our potential to rebel and disobey the unacceptable.

Act 2- Memory
This is an act of listening to the voice of the tracker women: to their disobedience, to negative to resign themselves and give up, in order to find the bodies of their dear ones.

Act 3- Disobedient Wishes and Gestures
Name, pronounce our wishes of disobedience and disobedient gestures. From the shortest to the tallest, (from the weakest to the strongest?) we make this invitation.

Act 4-Getting Rid of Fear
The trackers say that when they search they find treasures: the missing bodies. We want to maintain this image in a country where life has absolutely no value. This action exposes the fact that in order to disobey we need to free ourselves from fear

When trackers search, sometimes they do it under 52o. And there are people who accompany them carrying a roof to facilitate their task. We want to extend that roof, that protection here, celebrating the lives of those who are no longer there, the lives of those who search them, and our own lives.
.
Act 6 –Thankfulness
We are thankful for the contribution of the tracker women in the construction of a civil society.

“We are here to pay a disobedient tribute to the trackers, these women who face inhuman forms of oppression and injustice. They and their relatives take the initiative and accompany one another in the search of their dear ones. They thus disobey the unacceptable as official discourse, as imagery of the terror spread throughout this country.
With our tribute we wish to honor these women who, with their actions, construct a civil society, affective bonds of accompaniment and also search for those who are not their own missing ones to show us that it is a problem that concerns everyone: they underline that we are interdependent beings. That we must be independent beings. Because the system’s violence has its multiple forms in the destruction of all kinds of biodiversity. 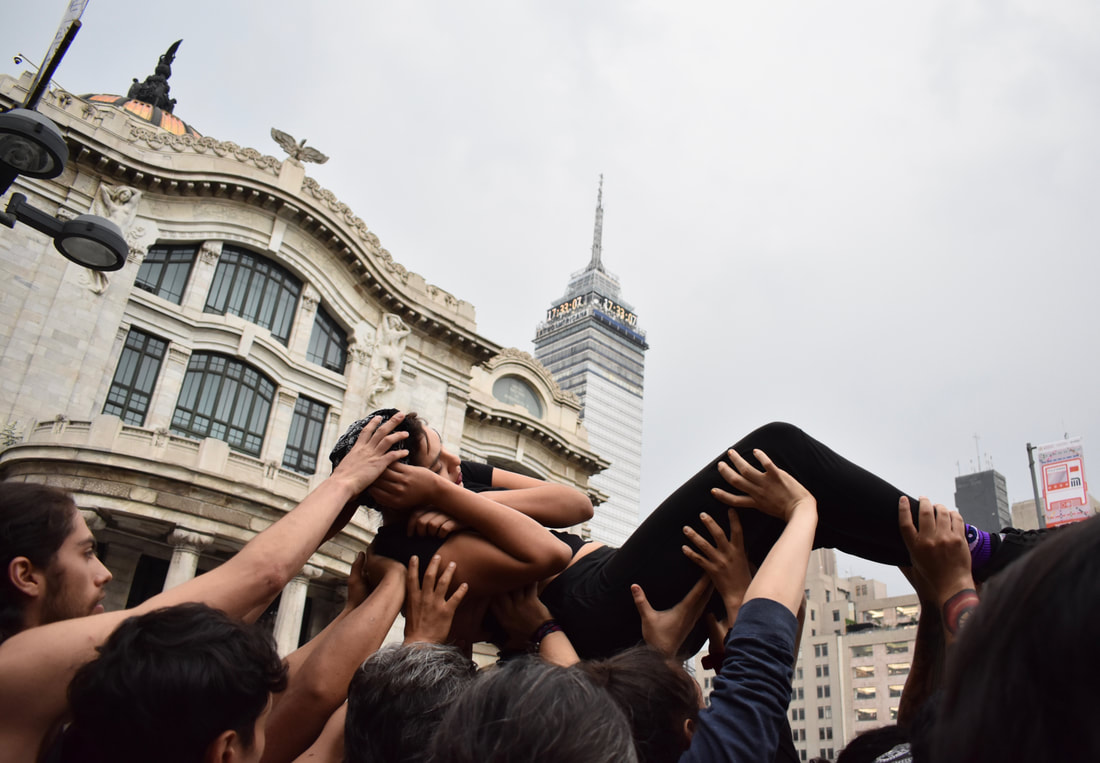 In order to rescue and valuate the legacy of these struggles, the action proposes to grant a new meaning to a gesture: the embrace. To visualize an “architecture” that has been in construction from the past to the present, the contribution of their struggles today, the way we learned them. The action suggests the imagery of reparation convoked by the poetic-political symbol of the painting “The Embrace” by Genovés, an artist from Valencia.  It consists of an invitation to become involved with it, which will be made by the participants of the workshop to be conducted by Paula Valero in the International Seminar of Living Arts and Social Field, in La Mutant Hall. 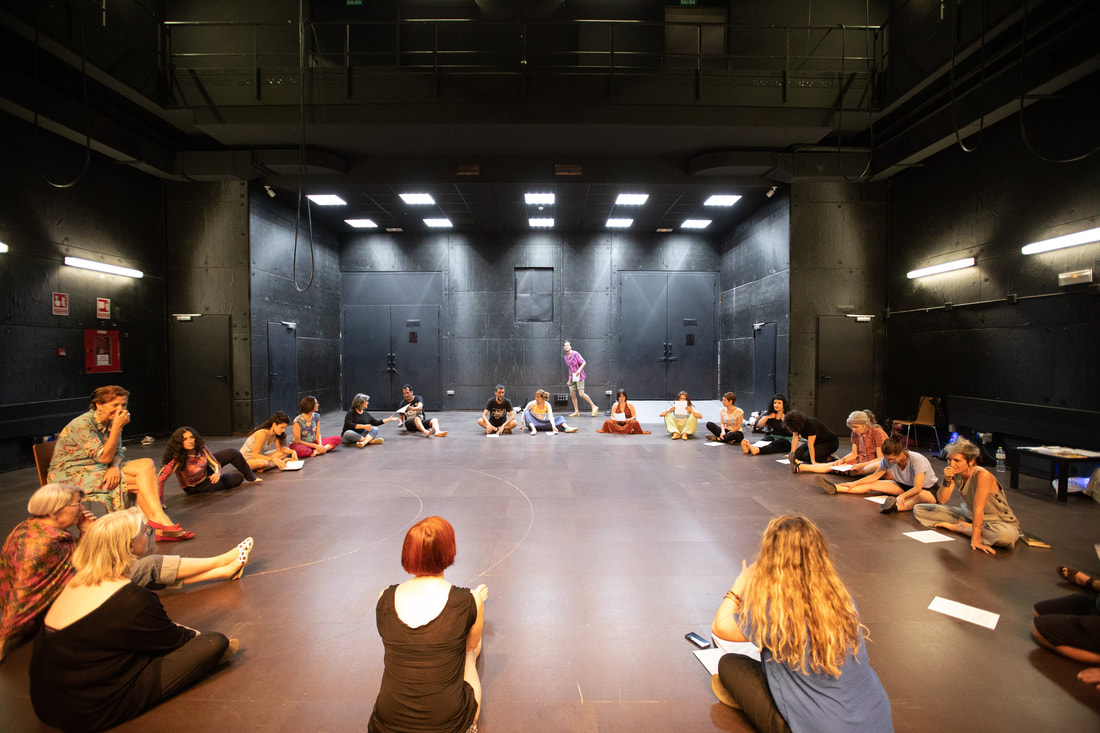 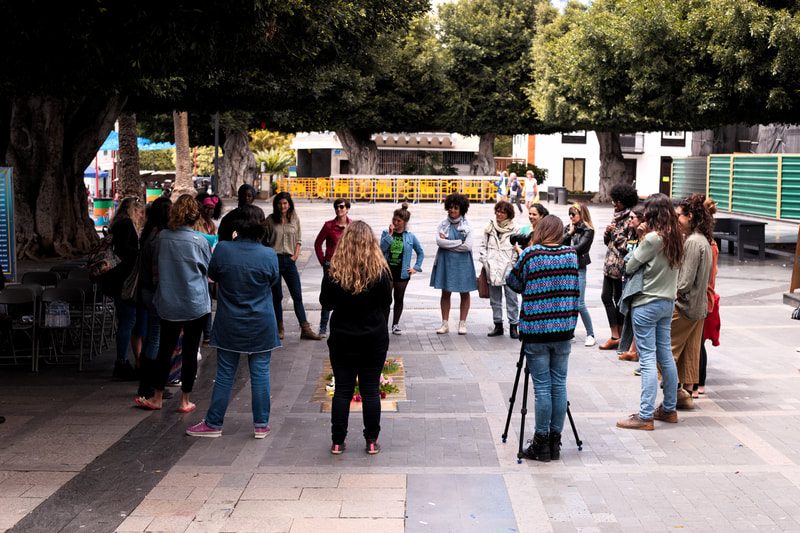 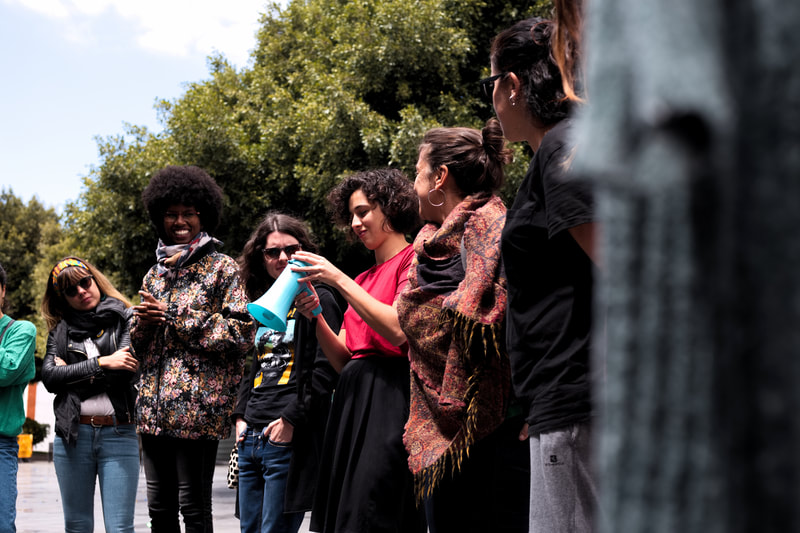 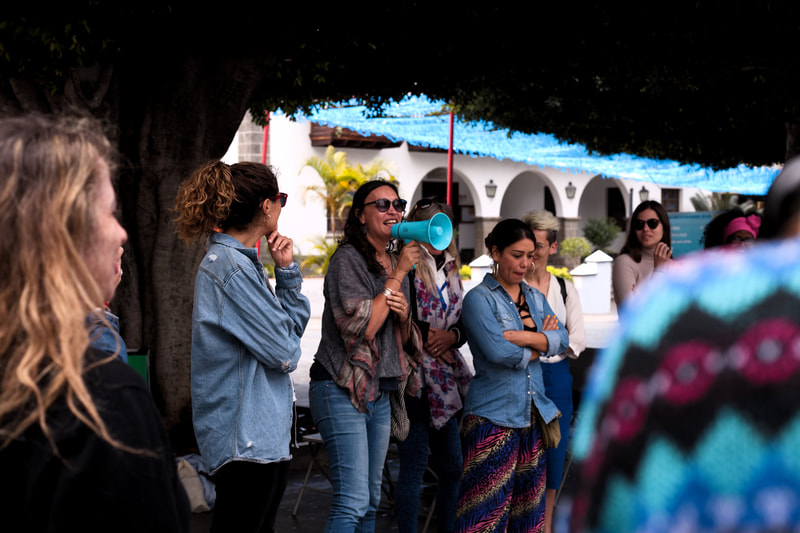 The action contained an appeal to our inner “Rosa Parks”, and I posed the guests the question that always activates the disobedient tribute: What would you like to disobey in life, and why, for whatever reason (work, social condition, etc.) have you not been able to do it up to now?
​After naming all the things they wanted to disobey, I proposed to “liberate” them from fear, which is the key that prevents disobedience. With flowers and plants they “liberated” and “cleansed” one another from fear, while playing music.

Next I proposed to play the game of the chair, where someone always remains without a seat. “In life, at some point we will remain without a place, so instead of competing to get a seat, those that have it must share it with whoever remains without one.” At the end, one chair remained for at least 30 participants, and a large group embraced in order to share that sole place. 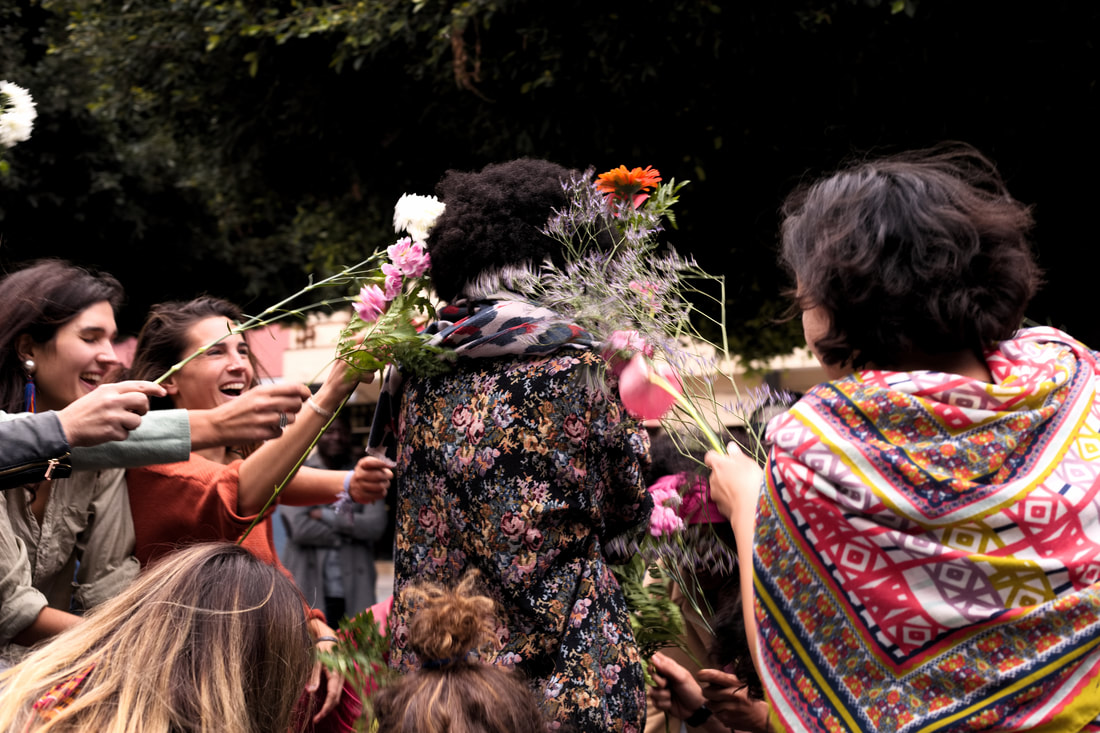